Noble & Co is an award-winning Scottish investment bank. They provide corporate finance advisory services and operate across all industries. Their particular expertise is in the financial services, energy and power, food and drink, infrastructure, sustainability and technology industries.

As an investment bank, a large part of their work is to share potential investment opportunities with their clients. Noble &Co approached us to create a platform to streamline and further digitise their process.

In the previous process, Noble & Co would send investment decks, documentation, forms and financial details by email and 3rd party services. The new platform we developed replaced this with a bespoke web platform that manages the entire process from start to finish.

This web platform improves the service Noble & Co provides to clients. It makes it easier for investors to view deals and request information. Most importantly it increases the likelihood of finding the right investment for their clients. 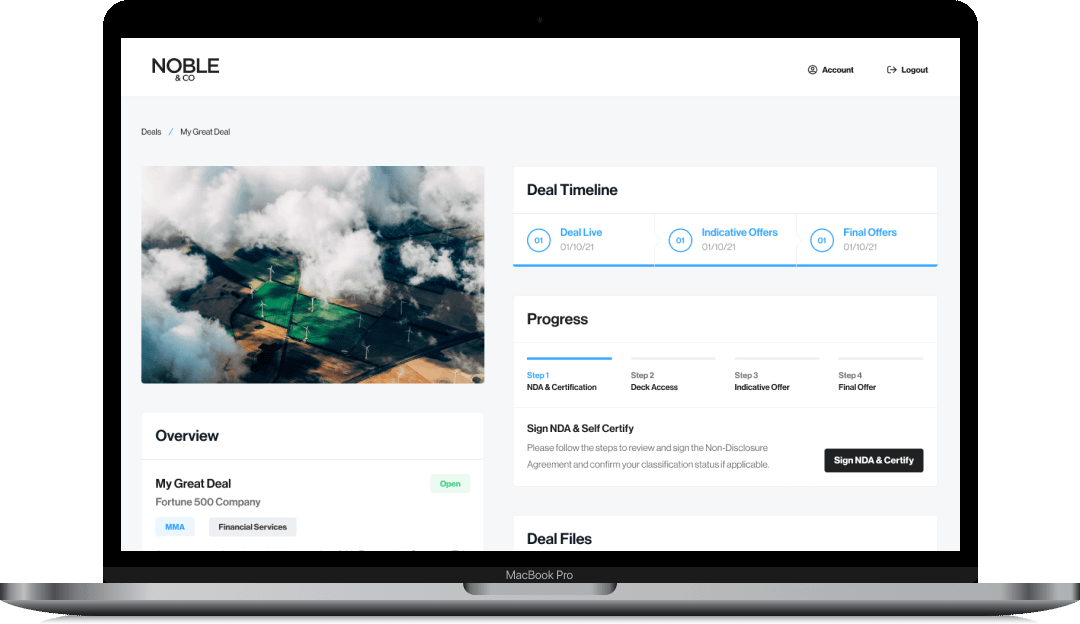 We worked with Noble & Co to complete an initial discovery phase. This reviewed their existing technology set up, before identifying the best solution for their problem. Then we commenced a fully Agile development project. This included the design and development of a web app, integration with CapLinked data room for storing documents and HubSpot CRM. We continue to work with Noble & Co to iterate and further develop their platform, and have completed 26 development sprints to date. 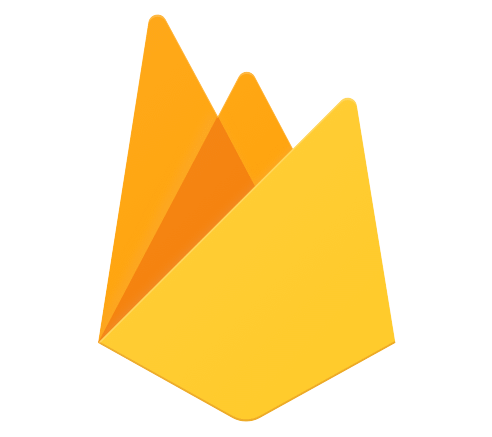 When Noble & Co first approached us, our first short term objective was to provide an MVP that could run on one live deal to test the process. This would integrate with their secure data room for storing documents (CapLinked). It would also streamline the process for certain deals. Once proven, this concept we iterated further to improve the process for investors and clients and add more functionality.

Before, Noble Capital communicated with potential and current investors by email or face to face meetings. Noble Capital trailed a digital version of this process in the past, which had some success. But the technology used was not scalable or built for purpose.
Noble Capital took their learnings from this experience to build a bespoke platform. It needed to be efficient, scalable and give them all the control they need over the data that is shared with investors.

Have a project to discuss?

Let’s work together to identify the problems you’re looking to solve, and what solutions are possible within your paramaters.

Dashboard for investors and NobleCo admins

Integration with DocuSign for investor certification, reviewing and signing documents

To develop a platform that streamlines Noble & Co's process of sharing potential investment opportunities with their investor clients.

A very manual process of sharing presentations, documents, contracts and data by email and direct contact. This required lots of admin time from Noble & Co for very repetitive tasks.

We transformed Noble & Co's business processes from manual to automated. Noble & Co can now present their investors with a custom platform to manage the investment process. By doing so they can scale up and reach a bigger audience. For Noble & Co, admin time has reduced significantly. Investors and clients now have a single platform for them to access all the information they need to make an investment decision. The Noble & Co dashboard needed to be accessed across browsers and devices. For this reason, we decided to develop a web app using React. React is by far the most popular and well-used frontend library in the world, which means it is a wise choice for any custom web project.

Speed, flexibility and performance
The strong community behind it
Ability to use, and reuse components

The backend was developed with Node.js, and written in TypeScript.

Speed, flexibility and performance - allows us to write asynchronous code, which means we can parallelise memory intense operations, and respond to the client sooner
Availability of various Node modules
JavaScript on the browser and server

Noble & Co had an opportunity to do a test case with a live deal. So we decided to prioritise functionality and build an MVP that would allow us to test the concept first. Reviewing the design began at the end of July. Two months later we had the MVP functional for both investors and Noble & Co admins. In a short amount of time, we were able to integrate the platform with CapLinked data room and DocuSign.

After the initial feedback and foundation in place, we dug deeper into other possible use cases and expanded the platform further. The aim was to cater for more than one deal at any time, customise it to different sectors and types of investors to be able to certify and use the platform. This was an in-depth refactor and functional update. It added different statuses for admins to track including deal progress, customise and filter invites to deals, watermarked documents and changed the CapLinked connection.

Next, we went back to the user interface and updated the style throughout the platform. This allowed us to implement further functionality, firstly for the end-users and later for the Noble & Co admins.

The most recent development focused on integrating the platform with HubSpot CRM. In less than 3 sprints we were able to expand the functionality of the platform and link it with HubSpot, making any necessary amends to admin and user UI.

Without using the Agile process, we would not have been able to test, iterate and continuously develop the Noble & Co platform as we have. Our Agile process has allowed us to start with a small initial project scope, create an MVP, test, learn from this and continue to evolve. We have since been able to make important decisions together. Noble & Co have seen the benefit of this way of working together throughout the project. They have been able to trial versions of the app with their staff and clients before continuing to invest in the development process.

To get the best outcome for your project you constantly learn and iterate and reiterate your ideas throughout your project. Our Agile development process means that we iterate and have regular scrum meetings and communication with you throughout the process with each sprint lasting two weeks. This ensures we are all on the same page with the priorities and there are no nasty surprises. We work efficiently and with quality at the heart of everything we do.

A key learning from this project was the importance of iterating. After launching our first version of the platform, we found many areas that we could improve upon, in the design and user experience. No one could have predicted these areas for improvement without testing throughout the process. We were then able to redesign many aspects of the interface, creating a user experience that was fit for purpose.

Even if you have the ambition to build a big platform, it’s better to break it down into smaller projects. First focus on core functionality, test it with users and then build based on their feedback. From the beginning, we had a bigger picture in mind but an iterative approach let us build what’s needed and do it efficiently.

Iterate, break down the project into smaller more manageable pieces
Deploy early to get user feedback as soon as possible
Where possible integrate with existing technology rather than reinvent the wheel
Customise the functionality that is bespoke to you or your processes
Let's Talk

The outcome is a modern, integrated web platform with a dashboard interface for investors to access information. As well as a dashboard for Noble & Co staff to manage content and integrations with their data room software and their CRM.

Ready to get started?

Let's get the ball rolling!

Let’s work together to identify the problems you’re looking to solve, and what solutions are possible within your paramaters.

Send Us a Message